The Canada Revenue Agency (CRA) regularly publish on public media on conviction in the case of unfiled taxes, tax evasion or tax fraud, etc. The purpose is to increase compliance with the law through the deterrent effect of such publicity.

The CRA sometimes also seek publicity at different stages of an investigation, for example when information relating to the laying of criminal charges becomes available to the public through court records, to warn Canadians of potential fraud schemes. 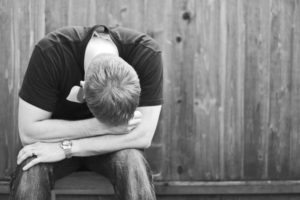 Kelowna, British Columbia, June 1, 2016…The Canada Revenue Agency (CRA) announced today that for the period January 29, 2016 to May 27, 2016, British Columbia courts assessed a total of $47,500 in fines for individuals who failed to file corporate, personal and/or Goods and Services Tax/ Harmonized Sales Tax returns.

The largest court fine was levied to Kelowna resident Michael Bradley Matvieshen. Mr. Matvieshen was sentenced on May 26, 2016, in Kelowna Provincial Court, after being found guilty on five counts of failing to comply with an order to file the corporate tax returns for various tax years for Mill Creek Developments Ltd., 0828119 B.C. Ltd., Kelowna Office Surplus Ltd., 0733982 B.C. LTD., and Marshall Business Center Inc. He was sentenced to one day in jail for each count to be served concurrently. He was also fined $12,500, payable by May 26, 2017.

The preceding information was obtained from the court records.

When taxpayers are convicted of failing to file tax returns, in addition to any fines imposed by the courts, they must still file the returns and pay the full amount of taxes owing, plus interest owed, as well as any civil penalties that may be assessed by the CRA.

Winnipeg, Manitoba, May 12, 2016… Brian Langford, of Birtle, Manitoba, was found guilty of tax evasion in Manitoba Provincial Court in Winnipeg. He was ordered to serve a conditional jail sentence of 15 months and fined $99,053. The fine represents 100% of the total federal income tax he attempted to evade.

He will have to pay all federal taxes owing, plus related interest, any penalties that apply, and the court-imposed fine. The court provided Mr. Langford with 72 months to pay his fines.

A Canada Revenue Agency (CRA) investigation showed that, for the 2004 to 2010 tax years, Mr. Langford voluntarily contravened the Income Tax Act by failing to report a total of $622,820 in income on his income tax returns. Mr. Langford also under-reported the amount of goods and services tax to be remitted by $39,647 for the years 2004 to 2008.

Moncton, New Brunswick, April 1, 2016… The Canada Revenue Agency (CRA) announced that Timothy Carl Elliott Wright of Riverview was sentenced on March 31, 2016 to a fine of $4,000 for failing to file his 2010 to 2013 personal income tax returns. Mr. Wright pleaded guilty to four counts of failing to file his returns on December 17, 2015, in Moncton Provincial Court.

Coldbrook woman charged with 11 counts of tax evasion and forgery

Under the Income Tax Act, Ms. Byers is charged with tax evasion and making false statements on her personal income tax return as well as her spouse’s by overstating charitable donations on their respective returns equaling $202,500. Under the Criminal Code, Ms. Byers is charged with forgery and using forged documents for the creation and submission of false documents, specifically charitable donation receipts.

Dartmouth, Nova Scotia, June 24, 2016… The Canada Revenue Agency (CRA) announced today that James (Jim) Barry Ingram of Windsor Junction, Nova Scotia, operating as J Ingram Construction, was fined a total of $65,679 in Dartmouth Provincial Court on June 23, 2016 after being found guilty of tax evasion on May 13, 2016.

A CRA investigation revealed that Mr. Ingram did not report income earned while providing services related to residential construction, residential renovations and snow removal. In total, Mr. Ingram did not report $234,318 of income on his 2002 to 2006 personal income tax returns, and evaded $27,854 in federal income tax by underreporting income, altering the business’ books, and overstating expenses. Mr. Ingram also evaded $37,825 in HST by understating the amount collected.

Richmond Hill resident was fined $71,000 for his failure to taxes

Toronto, Ontario, April 28, 2016… The Canada Revenue Agency (CRA) announced today that for the period between December 2015 and March 2016, Ontario courts assessed a total of $97,500 in fines for failing to file corporate, personal and/or GST/HST returns. The largest court fine was levied on February 23, 2016. Marvin Shifman, a resident of Richmond Hill, Ontario, received a fine of $71,000, for his failure to file 71 GST/HST quarterly returns related to his law practice.

Niagara resident fined $168,235 and sent to jail for tax evasion

St. Catharines, Ontario, July 27, 2016… The Canada Revenue Agency (CRA) announced today that on July 25, 2016, William Mori of Niagara-on-the-Lake, Ontario, was sentenced, in the Ontario Superior Court of Justice in St. Catharines, to four months in jail for each count of tax evasion, to be served consecutively, and a fine of $168,235.  On April 29, 2016, Mori was found guilty of three counts of income tax evasion. The court imposed fine represents 75% of the taxes evaded.  In addition to the fine, Mori will have to pay the full amount of tax owing, plus related interest and any penalties assessed by the CRA.

A CRA investigation revealed that, from 2007 to 2009, Mori deliberately failed to report income totalling $864,200 on his personal tax returns. Mori received the income from managing his company, 411279 Ontario Ltd, in Niagara-on-the Lake.

Mori relied on a scheme promoted by the Paradigm Education Group that promotes the concept of a “natural person”. For a fee of 7% of Mori’s unreported income, a Paradigm “educator” coached Mori on how to employ Paradigm’s false belief that as a “natural person” he could receive income that was exempt from income tax. In so doing, Mori evaded federal income taxes of $224,313.

Ottawa, Ontario, October 19, 2016… The Canada Revenue Agency (CRA) announced today that, on October 17, 2016, Tania Kovaluk was sentenced in the Superior Court of Justice in Ottawa to 1,825 days (5 years) in jail for deliberately choosing not to pay a court-imposed fine for criminal tax evasion. On November 20, 2012, Kovaluk pleaded guilty to multiple counts related to income tax and GST evasion, and counseling others to participate in the Paradigm Education Group (Paradigm) tax protestor scheme which “educated” people on how to structure their affairs in a way to illegally avoid taxes She was sentenced to two years and five months in jail, and was fined $887,328, which was payable in full by June 30, 2014. Since she was released from jail she has made no attempt to pay her court-imposed fine.

Kovaluk, a dentist, knowingly failed to report $2,578,987 in income she earned from 2003 to 2007, thereby evading $721,617 in federal taxes. She promoted the Paradigm scheme through seminars held in Ottawa and Toronto, and counseled others to join the Paradigm program, including nine employees working at Kovaluk’s dental practice in Ontario. In addition to spending large amounts of money on personal luxury items such as art, jewelry, vacations, a home in Ottawa, and personal home furnishings, Kovaluk invested her money in offshore assets, including two villas in Costa Rica. Kovaluk transferred her ownership of these villas to third parties for no consideration, with the intention of avoiding payment of her court-imposed fine.

Whitby resident was jailed and fined $552,976 for tax evasion

Whitby, Ontario, January 23, 2017… The Canada Revenue Agency (CRA) announced today that on October 20, 2016 Wolfgang John Wilm of Whitby, Ontario was found guilty in the Ontario Court of Justice in Newmarket, of one count of tax evasion under the Income Tax Act. He was sentenced on January 20, 2017 to 20 months in jail and was fined a total of $552,976. In addition to the court imposed fine, Mr. Wilm will also have to pay the full amount of tax owing, plus related interest and any penalties assessed by the CRA.

A CRA investigation revealed that from 2007 to 2010 Wilm failed to file personal income tax returns to report income he had earned during those years. Wilm received a total of $2,081,167 in income as a self-employed individual which he failed to report. By not filing his returns on time and as required, Wilm willfully evaded or attempted to evade federal taxes of $552,976.

Montréal, Quebec, March 8, 2017… The Canada Revenue Agency (CRA) announced that Compagnie d’Arrimage de Québec Ltée, of Québec City, pleaded guilty today to one count of tax fraud before the Court of Quebec in Montréal and was fined $648,516.

A CRA investigation revealed that, for the 2009 to 2014 tax years, Compagnie d’Arrimage de Québec Ltée voluntarily contravened the Income Tax Act by making false or misleading statements worth $3,883,887. It used false invoices to claim non-deductible expenses on its tax returns. The false invoices billed to the company were in fact expenses incurred for the construction of the company president’s personal residence.

Vancouver, British Columbia, April 1, 2016… The Canada Revenue Agency (CRA) announced today that Mike Chu of Vancouver, British Columbia, was sentenced in Vancouver Provincial Court to a court fine of $177,238, and a conditional jail sentence of 14 months after pleading guilty to tax evasion charges. In addition to the court-imposed fine, Mr. Chu will have to repay the full amount of taxes owing plus interest.

A CRA investigation determined that Mr. Chu underreported income earned while providing house design and architectural services through his sole proprietorship. The discovery was made by CRA auditors reviewing building permits granted by the City of Vancouver, which named Mr. Chu as the applicant. In total, Mr. Chu underreported $629,227 of income on his 2010 to 2013 income tax returns, evading $155, 994 in federal income tax and failing to remit $80,322 in GST.

We service troubled taxpayers in many cities across Canada;
Toronto, Vancouver, Calgary, Ottawa, Manitoba, etc. To find out more, get in touch by visiting our contact page and filling out the form.